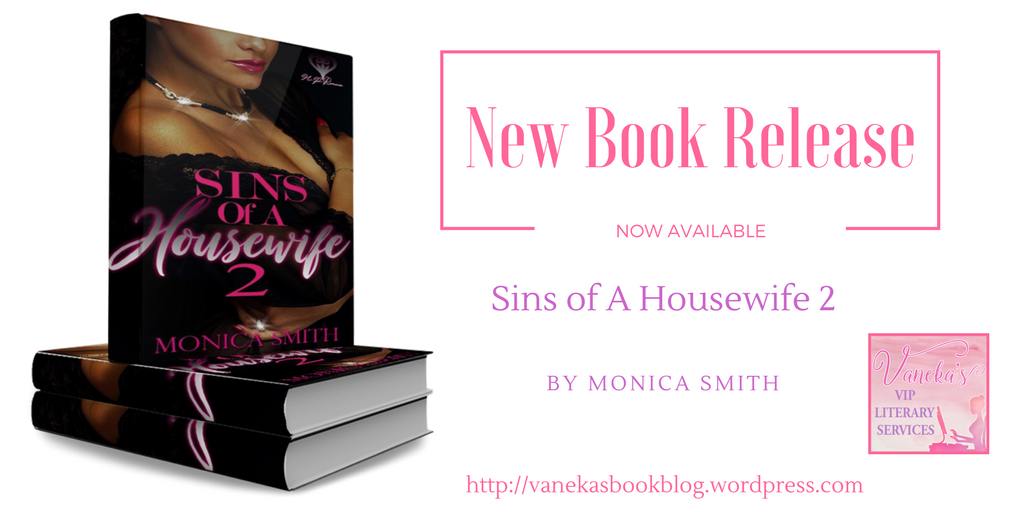 Sins of A Housewife 2 – The Hennessey Chronicles follows Louis’s story of how he is transformed from a sweet and loving husband into the most talked about and requested male escort at Hidden Pleasures – Hennessey. Aurora, the owner of Hidden Pleasures, shows him that size truly does matter in his profession and money can make one sell their soul to the devil.

Louis is pulled in by Aurora’s slick tongue and twisted meanings. She assures him that he would never have to worry about struggling again, if he uses what he possesses to make the money he wants. Knowing that what he is about to embark on may cost him his marriage to his wife Adele, he still dives in head first, believing that he is making the right decision. To Louis, this is a come up and he feels that this opportunity is the only way he can provide his wife with the finer things in life. It only takes him a few dates with his female clientele to fall hard and quick into a life of seduction and lust.

In the midst of him learning about how to finesse a woman and how to make them melt into his hands, he notices his wife is changing right before his eyes. Like him, her appetite for the darker realm of the pleasure principle has reached a new height. He learns quickly that his wife wants what his clients pay him for – a thrilling, sensual, exciting lover in the bedroom.

When Adele reveals her desires, Louis reluctantly gives in to her wants. As he pulls her into his world of passion and seduction, he realizes that he wants to be with her and her only. But there’s a problem; he still works for Hidden Pleasures and Aurora is trying hard to keep her top earning Casanova.

Will Louis be able to keep this provocative secret from Adele? And – will their marriage survive if his secret is revealed?

WHAT READERS ARE SAYING

I am going to have to read the first one, pronto. I don’t think I’ve ever read a romance form the perspective of an African American male protagonist. The voice is distinctive, its an unusual and addictive read through and through. ~ By Amazon Customer,  Susannah Shannon

Part 2 was a great follow up to part 1. His view matched hers perfectly. Now I am waiting on part 3 to find out what happens next. Could they move past this or is their marriage over??? ~ By Amazon Customer,  Kmichelle

“And we’re back but not where we left off. In part 2 of Sins of a Housewife we get to view this story from a different angle. Louis meets his Lotus in high school and vows to give her the life that every woman dreams of. However, when he signs his life over to be an escort at Hidden Pleasure will it cost him his marriage?
First off, I loved the fact that you told part 2 from Louis’s perspective. It gave the reader a chance to get to know him better and gain insight on his thoughts about his relationship with Adele. I also was interested in the relationships he seemed to form with the women he encountered while escorting. You could tell Louis knew how to play the role of his client’s fantasy. Speaking of fantasies, the bedroom action in part 2 was A1 as expected with a lot of spicy role play scenes. Bravo! My only gripe with part 2 is I still have to wait in anticipation to see where the relationship goes between Louis and Lotus. But part 2 was a good teaser.” ~ Editorial Review by I Heart AA Book Reviews

BUY SINS OF A HOUSEWIFE 2 HERE! Make sure you get caught up with Book 1 – Click here to purchase. 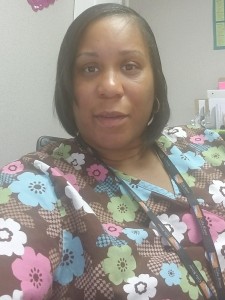 Monica L. Smith lives a vast contrast in lifestyles. She has been working in the medical field since 1997, first as a Certified Nursing Assistant, then in 2005 as a Medication Aide and, since 2013, as a Licensed Practical Nurse. She was born in Louisville, Kentucky, where she received her diploma. She then moved to Maricopa, Arizona, with her husband and 3 out of 9 children.

When she isn’t working, she enjoys old-school television shows such as “Perry Mason”, “Matlock”, “Forensic Files”, and more currently, “The First 48.” Her creative side began to emerge when she tried her hand at writing. She published A Softer Side of Me, a book of 10 poems focusing on her “normal” but inspirational life, including her husband, children and career. It spent time as #1 in the poetry genre on Amazon.

She claims she may not actually do what she writes about, but she feels a connection to it and enjoys the thrill that drives her to see her stories through to their exciting climax and conclusion.

Have you read this series yet? If so, please be kind and leave a review. If not, make sure to go and check it out, Enjoy! ~ Vaneka